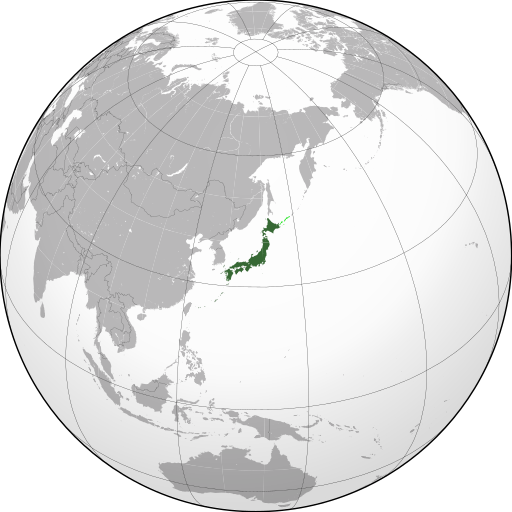 The archipelago of Japan forms an arc in the Pacific Ocean to the east of the Asian continent. The land comprises four large islands surrounded by thousands of smaller islands that are largely uninhabited. The Pacific Ocean lies to the east while the Sea of Japan and the East China Sea separate Japan from the Asian continent. Japan's total land area is about 378,000 square km, which is approximately the same size as Germany, Finland or Vietnam. Since it is situated along the Pacific volcanic belt, Japan has several volcanic regions from the far north to the far south. Of all the volcanoes, about 80 are considered active. Incredibly, Japan has about 1/10 of the world's approximately 840 active volcanoes, this in spite if it's small land area (about 1/400 of the world's land area). About 3/4 of Japan's land surface is mountainous so most of the population lives in densely packed urban areas while the countryside is relatively uninhabited. There are about 450 different brands of Japanese Bottled water.