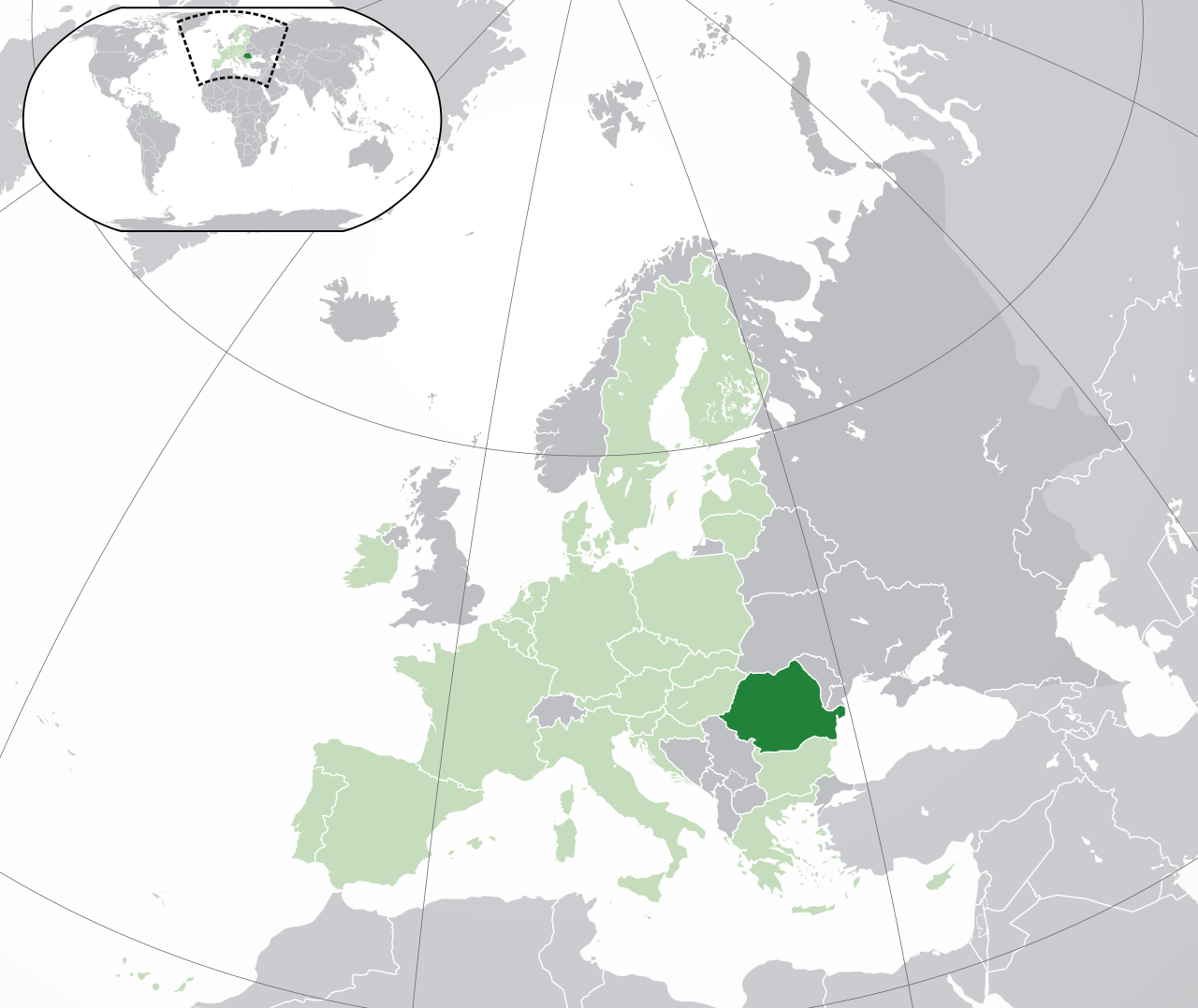 The human remains found in Peștera cu Oase ("The Cave with Bones"), radiocarbon dated as being from circa 40,000 years ago, represent the oldest known Homo Sapiens in Europe. The Neolithic-Age Cucuteni area in northeastern Romania was the western region of the earliest European civilization, known as the Cucuteni-Trypillian culture. Also the earliest known salt works in the world is at Poiana Slatinei, near the village of Lunca in Romania; it was first used in the early Neolithic, around 6050 BC.

Romania derives from the Latin romanus, meaning "citizen of Rome". The first known use of the appellation was attested in the 16th century by Italian humanists travelling in Transylvania, Moldavia,

The country applied in June 1993 for membership in the European Union and became an Associated State of the EU in 1995, an Acceding Country in 2004, and a full member on 1 January 2007